When The Diamond Guys was founded in 2005 by Elan Efune, he understood, from his own personal experience that creating the perfect diamond engagement ring can be quite challenging for a first-time buyer- “What is the color?”, “What is the meaning of clarity or a good cut?”, “How do I know I am getting value for money?” or “What makes a diamond special?”

OUR PHILOSOPHY HAS BEEN AND WILL ALWAYS BE,
TO MAKE THIS SPECIAL PURCHASE TRANSPARENT, INFORMATIVE AND FUN.

We believe in providing a complete experience in an environment where you are treated like family. Our prices are fair, our technology is state of the art, our selection is vast, and our superlative customer service is evidenced by hundreds of positive customer reviews, recounting their own personal experiences. We believe that each and every diamond ring that we create and sell has its own story to tell. We have never believed in the ‘chain store’ concept, and have always focused on our two locations and the online store so that each and every customer can be personally attended to by our team.

Founder and CEO, Elan Efune is a third-generation jewelry and diamond manufacturer and retailer. His late grandfather emigrated to South Africa from Lithuania in the 1920s and founded the original Efune Brothers in 1945. This company grew to become one of the largest jewelry manufacturing houses in the southern hemisphere, and also went on to become a major supplier of Italian gold chain to the South African marketplace, under the stewardship of his father. The company was eventually sold to a consortium of buyers in the late 1990s, just a few years before Elan and his family emigrated to The United States of America, where he made Phoenix his home town. As a third generational family member in the business, he finally settled on bringing his extensive expertise and worldwide contacts to the public, in the form of a retail showroom business model. The Diamond Guys today comprises 4 locations, Scottsdale, Los Angeles and two more in Melbourne, Australia, where he partners up with a lifelong friend and diamond expert, Ivor Winik. With a combined 50 years of experience in the business, The Diamond Guys truly are the diamond experts… so you don’t have to be. 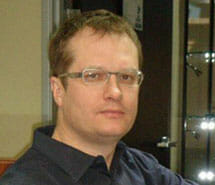 “Our ability to leverage our international network of manufacturers, cutters and dealers, allows us to offer our customers the most impressive diamonds at true wholesale prices. Additionally, our experience with jewelry production and our established relationships in the manufacturing sector, enable us to deliver a comprehensive solution to our clients. Great product, great service and great deals. That’s why we are different.”

Tracy has 15 years experience in the retail jewelry trade, having managed inventory systems in multiple retail environments. Tracy processes all special orders and is responsible for The Diamond Guys inventory operations.

With 6 years experience in the worlds leading advertising agencies (Ogilvy & Mather, McCann and JWT), Michelle is passionate in brand management and developing marketing campaigns that support sales efforts. Michelle joined the team in 2017.

From Houston, Texas, Tina has over 8 years of sales experience under her belt. Now, she makes dreams come true by helping happy couples find the ring and diamond that will start the rest of their lives together. As a diamond expert, she spends her days thoroughly going over the 4 C’s with clients and making sure her clients do not settle for less than the perfect diamond.

Having our own full workshop on-site at The Diamond Guys allows us to control the manufacturing process from CAD design through to final production process in-house.
Most of the diamond settings, laser repair work, regular repairs, and resizing are usually turned around within a day.
We take pride in delivering only the highest quality products, and our jewelers are fully dedicated to maintaining the reputation.

At The Diamond Guys, we are dedicated to cultivating an ethical and environmentally responsible jewelry industry. We carefully track the diamond manufacturing process from mine to market, ensuring our diamonds originate from conflict-free sources.
Email us

Our jewelry experts are here to help,
and will quickly respond to any question
you may have! Please fill out the form
below or contact us through one of
the other methods.

Call us for assistance

Chat now with a jewelry expert